Every country (and regions within countries) must organize socially and economically in ways allowing them to properly function. This manner in which a society organizes is based on philosophical, ideological and/or religious viewpoints. Today there are only three options available in regards to socio-economic organization, and all societies blend these areas in varying degrees. The three sectors of society are the state, the market and civil society. In Cuba the state, or the government, regulates most if not all of the economic and social institutions. There is limited free market and civil society organization activity in Cuba. In the United States there is a strong tradition of trying to limit the size of government, especially the federal government, while allowing the market and civil society organizations to play historically large roles in the economy and social life. Certain Scandinavian countries have highly mixed economies and social institutions, with vibrant free market activity coupled with high tax rates allowing for some of the world’s largest state provided societal safety nets. Scandinavian countries also have active civil society sectors, but most social services are provided for by the state. In countries like those of Scandinavia, or even Brazil, where the government plays a large role in organizing everyday life, civil society organizations are called non-governmental organizations (NGOs), to distinguish them from the state. In the US where the market, consumption and profit play decisive roles in society, civil society organizations are called nonprofits to distinguish them from private businesses with solely profit related goals. 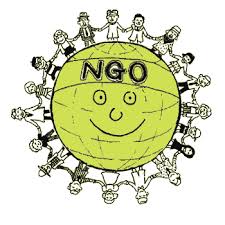 Often civil society organizations are viewed as a means of limiting the government’s role in regulating social life and as promoting general responsibility of individuals to act in the interests of the community and/or in the interests of the objectives being targeted. Mundo Real views civil society organizations as a means to complement the work of the state and the market in order to better society, while not aiming to limit anything except injustice and corruption.

Hopefully this cleared up doubts on civil society and its organizations. Often these organizations require extravagant funding in order to pay salaries to their directors and staff. For two years Mundo Real has not used a single penny to pay salaries. We are an entirely voluntary organization driven by our firm belief in the work we are engaged in. Obviously we have expense and we appreciate support assisting with them, but we are proud that these expenses are entirely aimed at helping others and not for personal profit. The last four years have proved to us the importance of community-based organizations, local leadership and other types of civil society organizations. Ordinary people and community residents working together to better society are among the strongest and most rewarding traits of democracy.